BETTER CLEAR OUT several shelves of storage space, vinylheads, because your record collection is about to expand into infinity. Soon, you’ll be able to get absolutely anything on vinyl. Even better—you’ll be able to make it.

The Phonocut is an analog vinyl lathe, the first consumer device capable of making custom records immediately, right there in your home (assuming you’re willing to pay $1,100 for the privilege).

The device cuts 10-inch vinyl records, which can hold about 10 to 15 minutes of audio on each side. It’s a connected device; a companion app helps with formatting and song arrangement to better fit your music onto the two sides. But at its core, the Phonocut was designed for simplicity. All you have to do is plug in an audio cable, like from a headphone jack, and press Play.

“It has to be idiot-proof,” says Florian “Doc” Kaps, an Austrian analog enthusiast and Phonocut cofounder. “Even I myself should be in a position to cut the records.”

The machine works in real time. As the music plays, a diamond stylus etches the sound wave straight into the surface of the vinyl. Theoretically, you could put any audio you want on there—a custom playlist, your own embarrassing electronica experiments, whale sounds—whatever. After a half hour of playback, you have a physical saucer of sound ready to pick up, hold, and toss on a turntable.

Kaps, who has a fascination with the ways that analog technologies engage the senses, dreamed up the machine with his business partners.

“Digital has a big problem, you know—it's not real,” Kaps says. “You can very easily access it, but you only can see it, or you can hear it. You never can lick it, you cannot smell it, and you can't touch it. We human beings do have these five senses. And at the end of the day, we need all these five senses to fall in love, to feel happy, to build trust.”

The resurgence of vinyl records in the past decade has once again made the sonic frisbees a viable medium of music. Third Man Records, Jack White’s label, has been cutting live studio performances to acetate for years. Other small presses are popping up to fuel the demand for vinyl product from independent artists. But if the Phonocut can live up to the great expectations it’s setting for itself, it could usher in a whole new era of the vinyl experience.

“People love records, but they don’t know anything about how they are produced,” Kaps says. “We have to inspire them to think about it and raise their awareness for the possibilities of what they can do with it.” 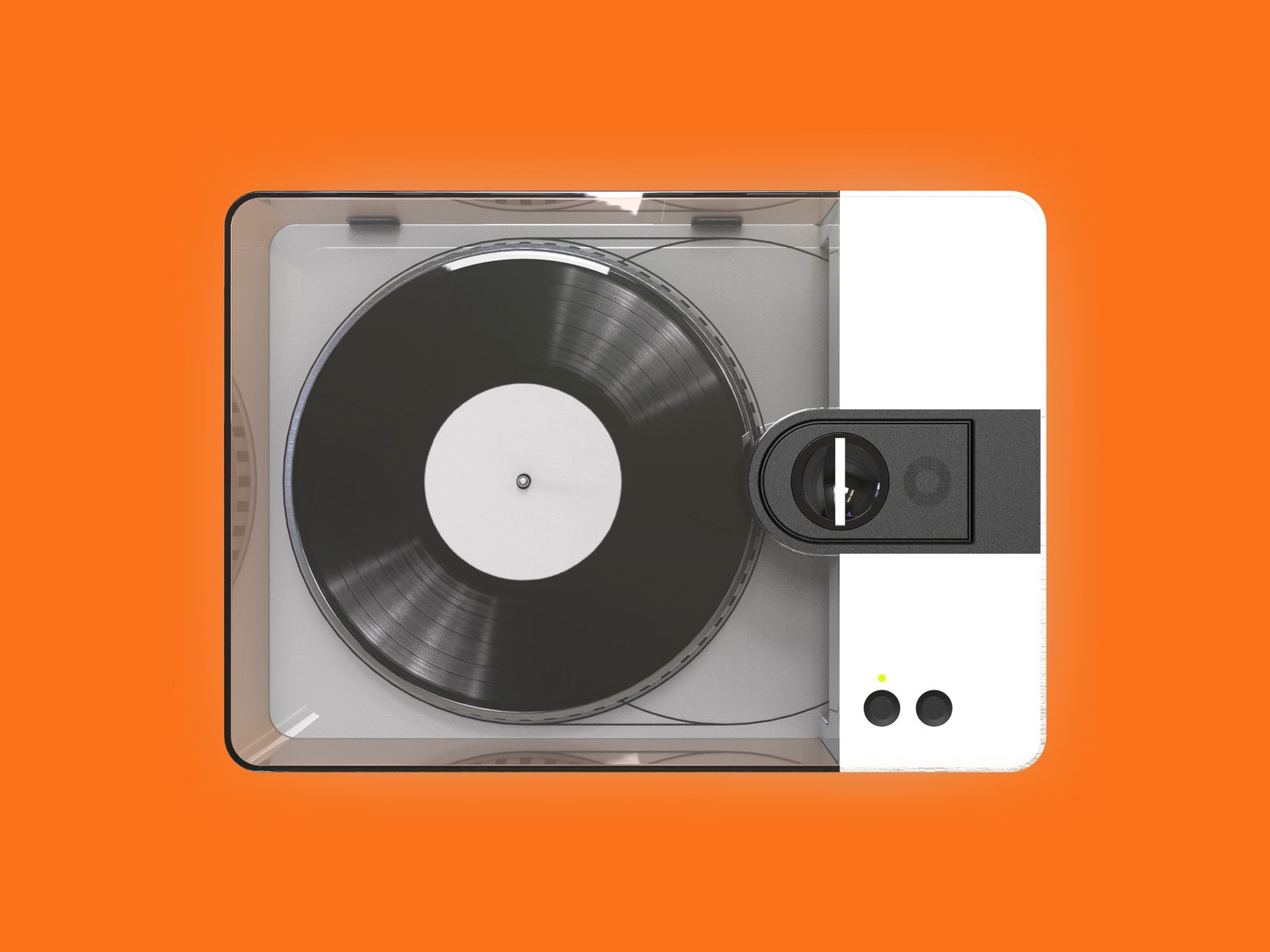 The Phonocut unit itself is about the size of regular home turntable. It’s housed in a sturdy metal box that measures about a foot wide by a foot and a half long. It weighs around 18 pounds. (They’re still sorting out all the internals, so the specs could fluctuate a bit before final release.) The mechanics were created in partnership with a team of inventors and technicians, including Swiss lathe aficionado Flo Kaufman and audio engineer (and analog resurrection veteran) KamranV.

“When people are making these records, it's about the meaning of them, the emotional process,” KamranV says. He compares cutting a custom record to assembling a mixtape: “It was the idea of making it and then taping it in real time and giving it to someone. That's the same emotion that we dream of this machine bringing for others.”

In 2008, Kaps cofounded the Impossible Project, an ultimately successful effort to revive Polaroid film after the legacy US company discontinued its film production. That same love for analog technology has steered the creation of the Phonocut. For Kaps, there’s an undeniable appeal to a physical product.

“It's not an art project,” Kaps says. “We really want to change the world of the music industry and offer a new option. It will never replace streaming or anything, but it will inspire people to create real beautiful, tangible pieces of music again.”

The Phonocut is available for preorder today, though it will still be some time before it is released. The company says it plans to ship the first run of units in December 2020. It might be a long delay, but Kaps isn’t worried about it. He says that the appeal will always be there.

“Even in a digital world, this hasn't lost the magic," Kaps says. "When you put a record on the turntable and you hear the noise—kshht—and then suddenly you dive into this beautiful sound of a record.”