When working with WordPress databases, we’re pretty fortunate to have tools like WP Migrate DB Pro, phpMyAdmin, Sequel Pro, and so on. But there are times when importing a large database is a bit more demanding than the front-end utilities we have.

Perhaps we have to change up our PHP configuration, perhaps we’re dealing with hundreds of megabytes worth of data, perhaps we don’t have the kind of control on the environment that we need.

Whatever the case, we always have the command line. And if you’re working with any CMS with MAMP, and you’re faced with importing large databases, then you may need to stop tweaking your PHP settings and simply import the file via the command-line.

One of the first questions that often comes up when having to do this is:

Why can’t I just use a front-end?

Technically, you can. It may take a lot of tweaking, but if you can…

Then you may be okay and this post isn’t for you, but if that’s not the situation you find yourself working in, then here’s how you can go about importing a large database using an SQL file and the command line.

This post assumes you have a copy of the SQL file you’re trying to import. This is something you can usually grab from the server, from whoever has hired you, or whatever system it is with which you’ll be working. 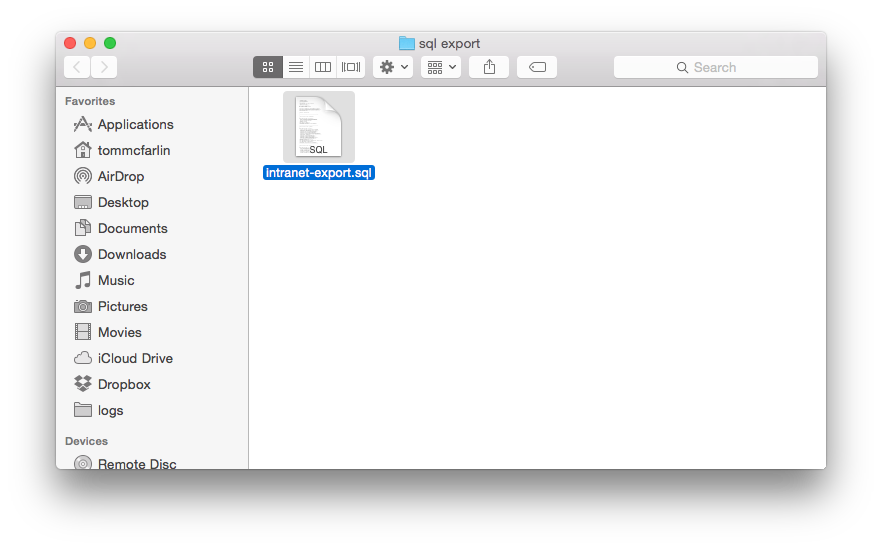 2. Connect To The Database

If you’re running MAMP, then you’re going to need to navigate to the MySQL executable. You’ll need to launch your command-line then navigate to the following path (or similar path depending on your setup and when you’re reading this):

From there, you can connect to your MySQL server (assuming it’s running) by entering the following command:

And then you’ll be presented with the MySQL command-line: 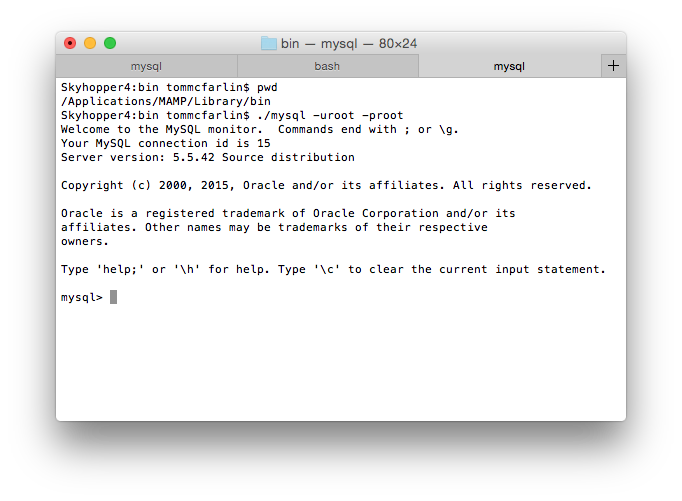 At this point, you’ll need to connect to the database into which you want to import your file. To do this, simply enter the following:

Then it’s time to actually import the file.

Next, simply enter the following command:

And let MySQL do its thing. 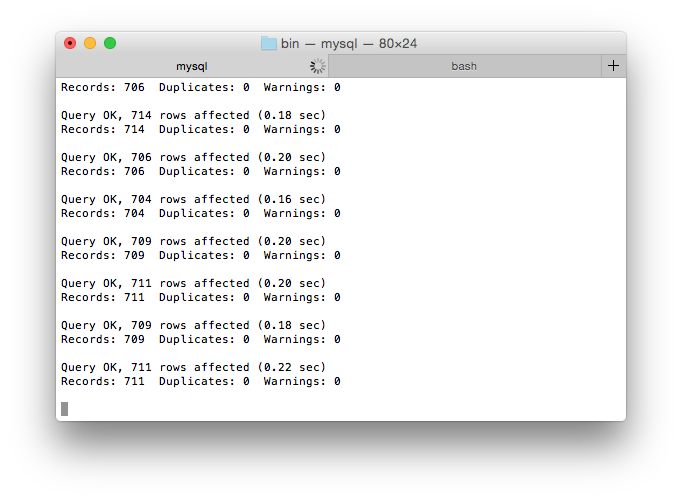 And when it’s done, you can exit mySQL by typing (don't forget the semicolon at the end):