As Drupal is fast becoming popular among web businesses and end-users looking for a better alternative open source content management system, many expert users or company specialising in Drupal now see a good opportunity in this market and have released training videos to help this growing audience.

One such video training is made available on Lynda.com called 'Drupal Essential Training' by Tom Geller. For a monthly subscription of $25 USD, you get complete access to the Drupal Essential Video Training materials on Lynda.com. One of the things i like very much about Lynda.com is it's simple presentation, it is nicely ordered in a table of content style and grouped by main subject headings. This makes it easy to skip around and view any videos of interest.

The first couple of chapters deals with explaining what Drupal is and how it can fit in for your web development. Tom Geller makes a good effort to explain this in simple terms to those that are new to Drupal and provides good working website examples. All the training videos deals with using Drupal version 6.

Next couple of chapters is where the fun starts, you'll begin to get your hands dirty into installing and backing up Drupal under different environments (MS Windows and Apple Mac). Once the process of installing is done. The rest of the training takes the learner through administrating Drupal, managing and adding contents, and then deals with theming a site before introducing the learner to contrib modules (modules that have been created by developers of the Drupal community and made freely available).

But it doesn't finish there, the last few chapters teaches you how to setup the navigation and introduces you to using some PHP to modify theme and add some useful functionality to your existing Drupal site.

Drupal Essential Training is well thought out and it's not difficult to notice the details and many long hours of work has been put into it from Tom Geller to really get the beginners up to scratch with understanding Drupal, not just developing website with Drupal but the community at large that makes up what Drupal is really about as well.

Explanations were very clear and the way the video are all captured was very easy to follow. Even though it's all shown and done using Mac - one thing that i thought Tom Geller should have considered was that many users are probably Window users and it would have helped them more to see the video training under this environment.

So was this video training worth it? The short answer is, if your new to Drupal - yes! For experienced Drupal users, those that have built at least one full site with Drupal can probably safely disregard this training video, but you might still find one or two videos that you might learn something new from.

One thing i felt was a slight let down was that Views module was not covered. This was kind of odd especially when Views has become a major and hugely popular contrib module for Drupal because it has greatly simplified the process of displaying different contents on a site. Sure Views modules can be complex for the beginner, but a little video introduction to cover it, i feel was necessary as anyone that comes to Drupal will no doubt begin to use the Views modules.

All in all, this video training is highly recommended to all those that are new to Drupal and want a head start into developing and managing a website built using Drupal.

Finally, i would like to thank Tom Geller for providing me with free access to review the training videos. 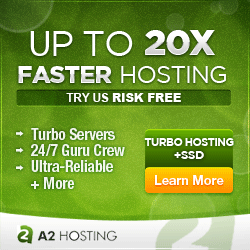